What is the difference between padel tennis and tennis

What is the difference between padel tennis and tennis

Every racket sport is different; however, padel court and ball resemble tennis. At the same time, I couldn’t deny that these two sports had substantial differences. Tennis is distinguished from padel by the racket, the ball, the serve, the court size, the court surface, and even the net height. The most noticeable distinction is the glass walls surrounding the padel court and how the style of play has evolved to accommodate the ball bouncing off the walls.

When it comes to padel and how it was invented, it’s tough to ignore the numerous similarities to tennis. However, all it takes is one stride onto the court to become vividly aware of the distinctions. Let us examine those distinctions in greater depth.

Many people believe that they are interchangeable because both sports are played on a court with rackets and entail striking a ball over a net. This is not the case; they are two completely distinct sports.

Every racquet sport differs in the following:

Tennis and padel players often play together. Padel or tennis player, it doesn’t matter; you can try both!

It’s the main thing that connects the two sports when it comes to playing them: both require you, whether you are a tennis player or a padel player, to keep your eyes on the ball and your racket close to the ball. This makes it possible for players to adapt to the game even though different things are going on.

If you want to play tennis, you use a racket with longer strings than the handle. In padel, we use a short-handled racket with a foam core and a fiberglass or carbon fiber outer shell.

Each racket is very different for the game that it is used for. The padel racket doesn’t work well with normal tennis, and in the same way, the tennis racquet is almost impossible to use when you play padel.

These differences have been made to meet the needs of each game. A Tennis racket should be with strings so that you can play shots with enough power to clear the net even if you’re far from the baseline.

Since you are in a small and enclosed court in padel, you don’t need all that extra power. Much more important to be in charge of the shots you make. 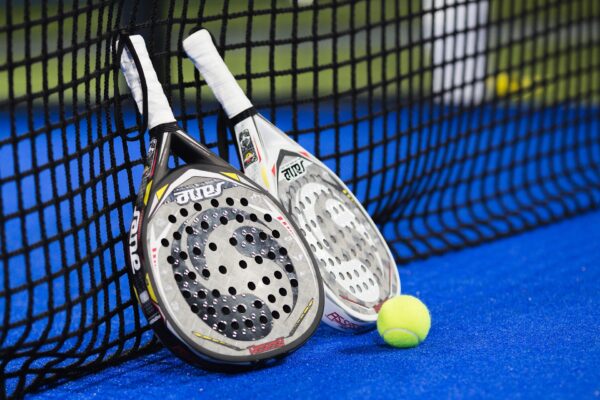 It’s a big difference between the two games right away when you start to play them. Service in padel tennis (also known as pop tennis) is done with the ball bounced and then hit while it’s still lower than your hips.

Getting good at the service in regular tennis is a more difficult skill to learn at first. For the tennis ball to hit the ground, you must hit it in the air. The ball is thrown high.

I didn’t know how to serve well enough to play tennis for a long time. Most of my points were lost because I made a double fault. The service is a very important shot that needs to be perfected when it comes to tennis. In padel, it can be seen as moving into the rest of the point.

Padel Tennis vs. Tennis: Number of players in court

Most of the time, regular tennis is played by one person. You can play doubles tennis, but it’s rare for me to see it happen.

On the other hand, a padel match has been designed from the start to be a game for two people. There are only a few padel courts built for singles play, mostly in France. They aren’t very common, but there are a few. From junior level all the way up to the World Padel Tour, official padel tournaments are all played in teams of two people.

When it comes to the size of the court, a padel court is about a third of the size of a tennis court. You can often play tennis from outside the boundary lines, but it’s not always safe. Because of the four walls, this can’t happen. It also makes the playing area smaller, so it’s not as big.

A padel court has four walls that add another dimension to how the ball moves. This means that players need to have a spatial sense that is more like squash than padel.

When it comes to size, a doubles padel court is 20 meters long and 10 meters wide. The singles court for tennis is 23.77m long and 8.23m wide, and it’s for one player only.

In the article, “What Are the Dimensions of a Padel Court,” more information is given about these different court sizes.

There are a lot of padel balls made in the same places as tennis balls. Some people even use the same rubber mold to make things. With so many things in common, you might think that tennis balls and padel balls are the same things.

A padel ball is very different from other balls. You won’t notice until you bounce one. The way padel balls are inflated is different.

Padel balls don’t bounce as high as tennis balls. This makes the ball slow down when it hits the walls.

In the article, I wrote called, “What’s the Difference Between a Padel Ball and a Tennis Ball?” I go into more detail about the differences between the two. 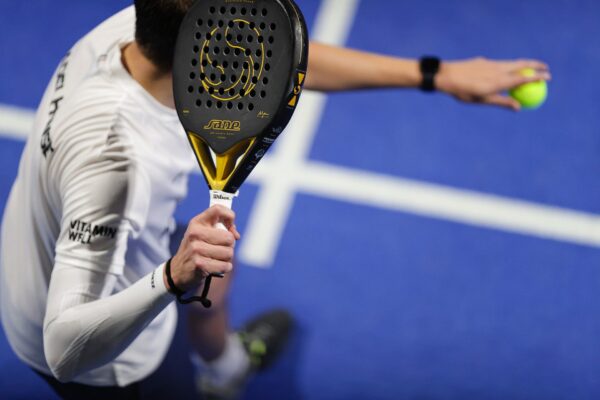 It’s another big difference between the two games in how they are played. When you play tennis, you need a lot of strength to move across the court and hit powerful shots. In padel, it’s all about fast moves, changes of direction, and quick reflexes, not about how good you are at the game.

Both games require a certain amount of physical strength. People who play tennis tend to be more physically fit, but it’s more about being able to keep going for a long time in a padel match.

The rules for tennis and padel say that the center of a tennis net must be 0.914 meters high. In padel, the center must be 0.88 meters tall. Almost an inch has changed.