After I Take Service In Padel, Where Is Best To Move

After I Take Service In Padel, Where Is Best To Move

When I first started playing padel, I used the simple-to-learn service to get the point going so that I could have fun with my friends while playing padel. At some point in my development, I recognized that playing a service point was more complicated than I first thought, so I set out to study more about positioning and movement following a serve.

The two sorts of service formations, where to stand and what to do after the service, will be discussed in further detail below. We’ll look at some of the mistakes I’ve made and how to avoid them at the end of this essay.

Your opponents will have an entire court side to work with if you utilize the Australian setup.

Where To Stand When Serving

Your best bet is to serve from midway between the baseline and the sidelines when you are serving in a regular formation.

When I was a novice padel player, I used to play my service from a distance that allowed the ball to drop down over the net, allowing me to strike my service harder. The problem with that plan was that it left a huge void in the middle of the court for the other team to fill in. A cross-court return of service coming back behind me would necessitate my sprinting across the court after my serve.

As an Australian service formation player, you should want to position yourself towards the centerline for two primary reasons. Firstly, your companion will get in the way of your service if you stand too far apart. Another benefit of being on the open side of the court is that you may more easily fill in the empty area.

You can take advantage of a little-known regulation in the padel service when standing in the Australian service formation and serving from near the centerline.

Serving in padel necessitates that the ball bounces off to one side of the centerline if you’re serving from that point. When your racket makes contact with the ball, your feet must be on the same side of the centerline as required by the regulations. It is permitted to travel across the centre line after bouncing, but it is not subsequently struck. This allows you an even narrower angle from which to play your serve and draw your opponent into the centre even more than usual. 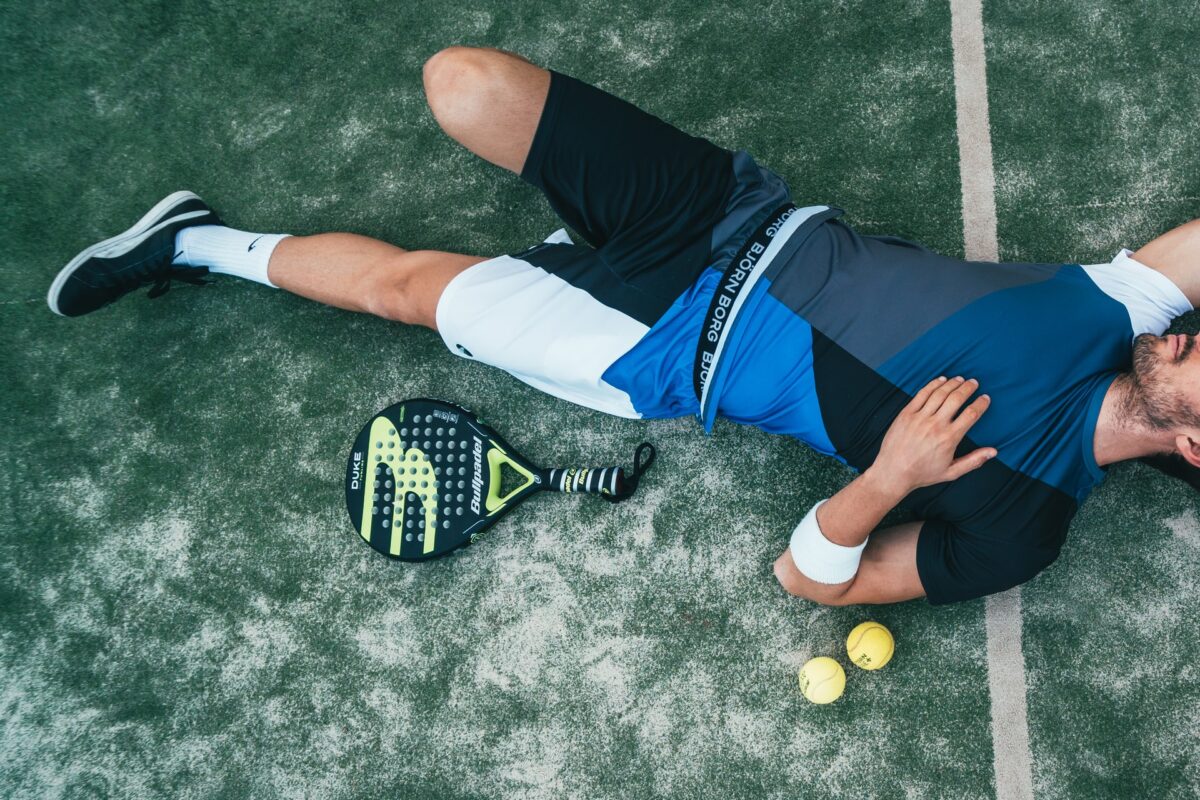 Where To Stand When Your Partner Is Serving

If you and your partner are serving in the traditional configuration, your position will be at the net. Make sure you’re just below the first fence post in the back of the net and level with it. You’ll be expected to cover a future resumption of service. As a result, you should position yourself to cover the return down the line. After they play their service, your partner will cover the centre.

Moving slightly toward the centre to protect more of your side of the court is a good idea if your partner serves down the middle since your opponents won’t have the ability to return a close shot down the line.

Where To Move After You Have Played A Service

If you and your partner are both on the net simultaneously, you have the most powerful position in padel. After every service, you should join your partner on the net and take up a place. If you’re playing in the traditional formation, the rule of thumb is to advance to the net in the same direction as the service you just played. The return of service will almost always put you within one step of the ball if you do this.

If you do this, you’ll see that you’ll be a little closer to the centre. That’s a positive thing, as it means that your partner is protecting their line if service is interrupted. You’ll be tasked with preserving the court’s centre. After serving in the Australian formation, you must move to the open side of the court. Your partner will move slightly across the centre to protect the line while you get into position to cover it if the return of service is tight along the line.

The Importance Of Moving Without Hesitation

A common error made by many inexperienced padel players is to pause after playing their service before proceeding to the net. As a result, they end up in the terrible padel court’s infamous no-man’ s-land, the first two meters (6ft) beyond the service line as you approach the net.

The only method to ensure that you advance to the net without hesitation is to employ your service’s follow-through to take your first steps to the net.

As beginners, we frequently utilize the usual formation when playing the service. This makes it much easy to use your service’s follow-up to take your first actions online. The objective is to travel toward the net in the same direction as your ball. Your momentum from service follow-through will be parallel to your service, so use it to travel to the net.

Why Beginners Should Rather Use The Standard Formation Most Often

We must learn to play on both sides of the court while we’re just getting started as players. Your service games should be played in the usual formation. You’ll be able to alternate between playing left and right on each point this way.

We may develop a preference for one side of the court over the other, but the experience of playing on both sides will help us in the long run. To avoid being thrown off the game if we are forced to switch sides during a point, we will gain an understanding of how our partner moves on the court.

My regular padel partner and I fall between novice and sociable in our abilities. Playing padel in the standard formation is nearly usually the norm for us when the service is available. Still, we do alter from that formation occasionally to see how it feels to play padel in the Australian service formation.