What is the difference between Padel Tennis and Pickleball

What is the difference between Padel Tennis and Pickleball

There are so many racquet or paddle sport games out there today that it can be difficult to tell which one is which! If you’ve never played one of these games before, it’s easy to become lost. Pickleball and paddle tennis are two examples of paddle-based sports.

You will inevitably compare Padel and Pickleball. However, Pickleball is the fastest growing racket sport in the United States, but Padel is growing globally. To what extent do these two concepts overlap with one another? Padel vs. Pickleball: what’s the difference? Pickleball and Padel may have a superficial resemblance, but they have their origins in two entirely different sports. Padel and badminton are the two main ancestors of Pickleball.

These sports may appear similar, but they are quite different from one another. One of these topics may pique your interest more than the other once you grasp the differences. Look at the differences between these two games.

Paddle tennis, often known as pop tennis, is frequently played outside in an enclosed space to protect safety. Indoors, like racquetball, it can also be played. Paddle tennis is sometimes referred to as paddleball by some players.

As with tennis, you can play it in doubles or singles, which allows for simultaneous play by two or four individuals. Similar to the last example, scoring is used. Identical to tennis, winning the set is also similar. Additionally, the National Paddleball Association maintains a website with additional rules.

Pickleball was created in 1965 by three Washington fathers. This sport uses smooth paddles made of wood or other materials. A plastic hole-filled ball is batted back and forth across a net. This game is enjoyed by many since it is simple to learn and play, even for children who are not ready for tennis. The game effortlessly adapts to any arrangement, from casual to complete tournaments. 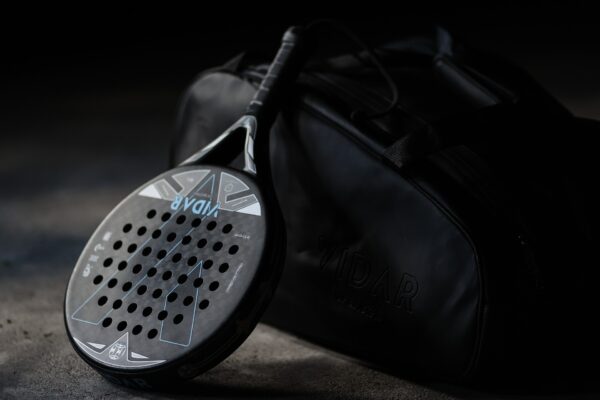 These two games appear identical, yet their structure and form differ greatly. Knowing the rules, how to play, and scoring for each game is required before you can start playing.

In truth, the two games are played on completely different courts.

In Padel, you can hit the ball after bouncing off the transparent glass walls, whereas Pickleball is played on an open court with no such option.

Both games are perfect for pairs of players. But it would help if you realized that padel rules require doubles on a normal padel court. However, there are a few dedicated padel singles courts, but most are doubles courts. In comparison, Pickleball allows you to play singles or doubles on the same court.

Pickleball has prohibited parts of the court; yes, there are areas on your side of the court that you are not supposed to step on unless under special rule exceptions. Not knowing this could cost you many points.

The padel racket has a thicker, perforated face than the pickleball padel. This is explained in my essay what is a padel racket.

Padel balls are comparable to tennis balls but have less pressure and bounce lower. Most World Padel Tour tournaments use the Head Padel Pro ball. My recommended padel balls are listed here.

In Pickleball, you utilize a perforated plastic ball that moves much slower.

Both sports have lengthy rallies. The sluggish wiffleball in Pickleball and the surrounding walls in Padel keep the ball in play.

Pickleball is like standing on a large ping pong table, whereas Padel is like a short tennis court.

In both games, a net divides the court. Pickleball has lines on each courtside like badminton, while Padel has lines like service blocks on a tennis court.

This racquet sport has the following court features:

While this sport has the following court features:

The rules of Padel and Pickleball differ significantly. The service is the easiest spot to compare the regulations.

You serve the ball by hitting it below your waist in both games. In Padel, you must bounce the ball before striking it, whereas in Pickleball, you must strike it flat, like the service in badminton.

In Pickleball, you can only serve once unless the ball clips the net on its way over, in which case you can serve again. In contrast, Padel has a first and second service, similar to tennis.

In Pickleball, both feet must be behind the baseline, and one foot must be on the court surface. Unlike Padel, where the baseline is a glass or cement wall. So the padel service is played between the baseline and the service block’s edge.

Both games play the serve diagonally, aiming for the clearly defined service block in the opponents’ court. Also, players serve from the right side of the court.

On the other hand, Pickleball has a scoring system based on badminton (its origin sport). The goal is to be the first individual or team to reach 11 points, with at least two points advantage over the other team.

If the score is tied at 10, the game continues until one of the two players/teams has a 2-point lead.

Because the whiffle ball moves more slowly in Pickleball, strategy is more crucial than power when playing the game.

Since the padel ball moves faster than the whiffle ball, the outcome of a point is more dependent on a player’s technical talent.

A pickleball court is 16.5 percent smaller than that of a padel court. However, don’t be misled; the game’s rallies are extremely protracted due to a slow-moving perforated plastic ball and a small court. As long as you don’t get tangled up with your playing partner, you’ll be in constant motion.

While in Padel, despite having a wider court, the rebounding ball off the wall keeps the ball in play for longer, lengthening the length of the rallies. So, for different reasons, the jury is still out on which of the two is more stressful on your fitness.

One unique thing about Padel is that you can play inside the four walls of a court. It doesn’t matter how bad you hit your shot. The ball can come back off the wall and give us a second chance to hit it since you are playing in an enclosed court.

The more you play, the easier it will be to learn how to use the walls in your shots. This is not something that can happen on a pickleball court.

Playing Pickleball revolves around a constant volley. This requires you to be completely focused on the ball and on your opponent’s moves at the same time. To try and get your opponent into the “non-volley zone,” you should use team tactics and speed and agility.

Playing a sport depends on a person’s preference. Sometimes, people prefer lawn tennis over Pickleball or pickleball over padel tennis. However, playing a game in both singles and doubles also plays a part. Because you can play singles or doubles with Pickleball, it has become a lot more popular than it used to be.

In Padel, the general rule is that you play doubles, except for a few singles courts that I have seen in some parts of France. Playing images inside four walls makes Padel a game that everyone can play together.

It is up to you what you like. If you only want to play one-on-one, Pickleball is your best bet.

Both sports have their technological challenges. What I said about Padel applies to Pickleball. These sports are simple to learn yet tough to master. For example, both courts are small, making coverage easier. Both games require a lightweight racquet with a short handle, which helps new players control the ball. Pickleball and Padel may not be the same, but both are enjoyable and beneficial to your health.

If you can learn both, do so. No pickleball where I live, but I’ve played Padel with pickleball players who picked up the basics quickly. I don’t see why it wouldn’t work in reverse.

Learn more about Padel Tennis from Jimbob by clicking here.