Because padel is becoming more popular, we thought we’d offer some interesting statistics and information about this rapidly rising sport. Padel is now officially recognized as a tennis discipline in the United Kingdom, with the LTA certified as to its national regulating organization. Its popularity is rising in the United Kingdom, where there are already 82 padel courts with more on the way.

After reading these padel tennis facts, you’ll be wanting to get out on the padel court.

Padel is a racket sport that mixes tennis and squash features. It’s a fun, social game that’s quite accessible since players of all ages and abilities will pick up the basics within the first half-hour of play. In padel, strategy trumps power and strength; hence, physical prowess does not ensure victory!

Padel is a sport that combines elements of Tennis and squash. It is typically played in doubles on an enclosed court with glass and metallic mash walls. The court measures approximately one-third the size of a tennis court.

The ball can bounce off any wall but can only contact the turf before returning. Points are awarded when the ball bounces twice in the competitors’ field. 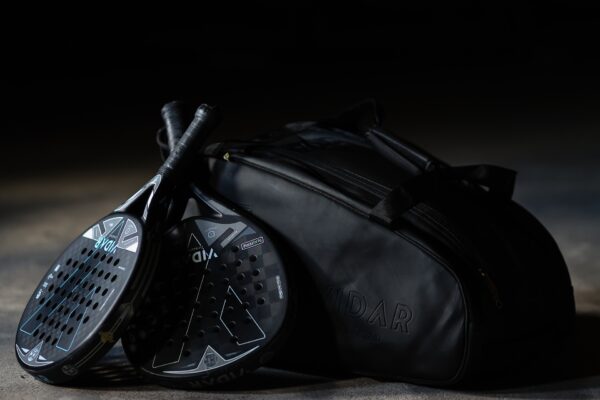 Padel is more known than Tennis

Padel is more popular than normal Tennis worldwide, not just in Spain! Thus, with over 4 million players, soccer is now Spain’s most popular sport by far. The number of people participating in the sport is increasing, and this trend is expected to continue.

Padel is one of the world’s fastest-growing sports, with players from all over the world. In 2020, 450 additional courts will be built in Sweden, with more than 1,000,000 reservations already in place.

Padel is extremely popular in Argentina, but it is also the most often played sport in Spain. There are around 20,000 padel courts in the European country, with four million active players. It is the country’s second most popular sport, after only football.

You can see it all throughout Europe and North America: a significant increase in the number of people taking up the sport. You’ll see it in the United Kingdom soon enough.

Remarkably, the UK has barely 6,000 padel regular players. Around 0.01 percent of Spanish players! That is insane! How a location only two hours away by plane can have such a disparate experience with a sport is beyond me. Of all the padel tennis statistics, this is the one I despise the most; we need more British players!

Let us HOPE that padel soon surpasses a million gamers.

Padel is played in doubles.

A padel court is a four-player court that is approximately 25% smaller in size than a tennis court. Due to the fast pace of the game and the tiny area of the padel court, singles play is difficult, and most padel matches include two pairs of players.

While certain padel courts are created specifically for singles, over 90% of all padel courts worldwide are intended for doubles. The World Padel Tour, the premier competition for elite players, only doubles at the professional level.

The court is too huge, and the game isn’t as much fun as it could be. There are a few singles courts, but they’re not nearly as popular as the doubles game, the most common. It’s a big hit with the stars.

It’s no secret that a lot of famous people have a thing for padel. Football is a pastime enjoyed by everyone from athletes to celebrities. Jurgen Klopp, Neymar, David Beckham, and Lionel Messi have been observed using it. Many of them post about it on social media, showcasing its great!

Padel is not an Olympic sport

As the sport of padel continues to develop in popularity worldwide, there have been many requests for it to be added to the Olympic Games’ roster of sports. If padel is to become an Olympic sport, it must be played in at least 75 nations worldwide, which currently stands at 57.

The LTA released a padel growth strategy earlier this year, stating the governing body’s goal to expand the sport. The video may be seen by clicking here.

With a population of 4 million, Spain has 20% of the world’s gamers! The bulk of the numbers are now dispersed over the world, with the majority in:

The sport was invented out of nothing

Creating a tennis-like game with walls was not a difficult task at all. On the other hand, Enrique Corcuera erected walls around his yard to keep the ball from straying into his neighbors’ property while he was playing Tennis.

It took only a few tweaks for this to evolve into what we know and love today!

Because of the four players and the utilization of the barriers. More time is spent on rallies than in other sports. On the other hand, Tennis relies more heavily on strategy and consistency than any other sport.

While padel rallies may go as long as an hour, Tennis is far more power-oriented and players will go for their shots.

30% of padel players are women

One of my favourite padel tennis statistics is that more women than males are now participating in this racquet sport. On the other hand, Tennis has only a 15 percent success rate.

In other words, don’t believe padel is just reserved for the macho.

More than 280 million people have seen videos on the World Padel Tour’s youtube account, with 11 million of those views coming in the previous 30 days.

Demonstrating the rapid expansion of the sport and the influx of fans from all around the world!

25% Of Shots Played In The WPT Are Lobs

This is for those that play padel regularly. For those who don’t already know, padel is all about the lob, and on the World Padel Tour (where the pros play), 1 in 4 shots was made using this technique.

Your lobs need to get better!