In padel, the smaller court size allows for longer rallies than in other racket sports, which is something you’ll notice when you start playing. A better strategy than going for a sure thing is to attempt and disrupt the game’s flow. This gives you an advantage in the point and allows you to start playing your opponents out of position. This type of padel shot is good for disrupting the match’s tempo and disrupting your opponent’s positioning.

Chiquita is a stroke in this racket sport when the ball is volleyed at the feet of an opponent who is near the rear of the court, near the back of the net. It’s easiest to play when the person at the net has stepped back a bit, giving you some breathing room.

As we learn the mechanics of the Chiquita, we’ll be better prepared to release one of our foes at the right time in the game. Are you ready to learn this padel tactic? Keep on reading! 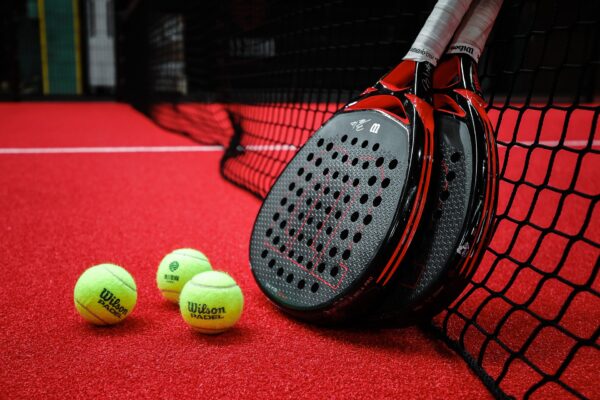 What Is The Objective Of The Chiquita

You can start by playing a few lobs if your opponents have the net position. This will encourage your opponent to back away from the net, allowing them to smash your lob. This is the time you will use the technique. Chiquita is a difficult shot at returning even when your opponents are at the net.

Depending on how skillfully you play the Chiquita technique, your opponents may be forced to the back or face a challenging half volley at their feet.

For a padel shot, there is no need to search for areas surrounding your opponents to target your shot. Your Chiquita is aimed at your opponent’s feet and bounces off of them.

The Chiquita Is An Easy Shot To Learn

The Chiquita is played from near the back of the court, either before or after the glass. Whether you play your Chiquita from the forehand or backhand, the essential mechanics of the shot remain the same. Thus, using your forehand or backhand would still make you fire the padel experience.

The main difference between your Chiquita and your typical shot is that you will use a shorter backswing with the Chiquita. This makes it easier to hide the shot as you play it.

Playing The Chiquita Flat vs Spin

Playing the Chiquita for the first time? For new players, it would be best to practice the shot flat so that you can concentrate on mastering your Chiquita’s speed and trajectory.

However, adding spin dramatically increases your chances of mishitting the ball and committing a mistake when you play Chiquita.

Professional tennis players frequently use topspin for their Chiquita in order to hit the ball harder and for the spin to help bring the ball down to their opponent’s feet. Padel rackets lack the topspin of tennis rackets, making this a very difficult manoeuvre to pull off. 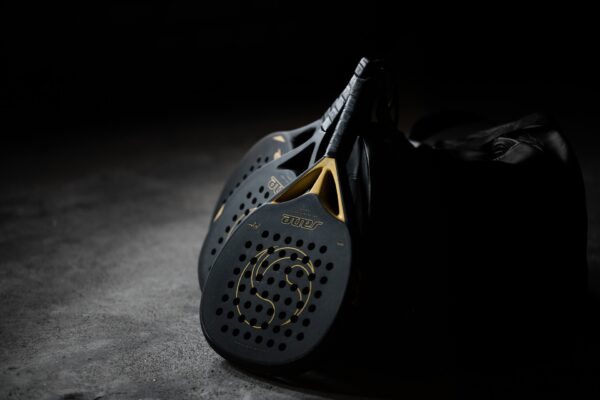 When Is The Best Time To Play The Chiquita In Padel

Look behind your opponents to see whether there’s enough room to lob without fear of their slamming it back at you. Chiquitas are effective when my opponents are too far back for me to easily play a lob.

First, I’ll play a couple of lobs to lure my opponents away from the net before switching to the Chiquita. The attacking position is very crucial.

The Chiquita can be used in conjunction with a follow-up lob, another effective tactic. Once your opponents get close to the net, you hurl a Chiquita into the big space behind them. With this Chiquita/lob combo, you may often throw your opponents off their game and play a winner.

Should You Approach The Net After Playing The Chiquita

Even though it is common to see professional padel players use the net after playing a Chiquita, this is an advanced tactic. Rushing to the net behind any Chiquita will certainly cost you more points than it will gain if you are a novice or social player.

Playing my Chiquita first and then approaching with a lob is what I’ve found to be the most effective strategy.

You can win the point if your opponent plays a softball over the net because of a good Chiquita.

As you acquire experience, you’ll be able to identify which of your Chiquitas will result in a soft return that just pops up over the net for an easy shot. These are the kind of Chiquitas that you may approach the net with confidence after playing.

Common Errors When Playing The Chiquita In Padel

Players make two extremely common mistakes when attempting to play the Chiquita, and both will almost certainly cost you the point.

The first of these two mistakes is using too much aggressive topspin. Tennis players are the most prone to making this mistake. There is no way to generate nearly as much topspin with a padel racket as you can with a tennis racket.

When you play a Chiquita too aggressively, you have far less control over where the ball goes. Either your Chiquita will be an unforced blunder, or your opponent will have enough time to let the ball pass and collect the rebound off the backboard for an easier return.

Instead, play your Chiquita as a slower/softer stroke, so the ball stays lower after the bounce and is more difficult for your opponents to do much with.

The second most prevalent mistake is attempting the Chiquita when your opponents are too near to the net.

If your opponents are standing too close to the net, the ball will not be able to fall to their feet once it has cleared the net. Furthermore, your soft, slow ball will be punished after just one step closer to the net, as your opponent will be able to play an aggressive volley downward over the net, possibly bouncing up and over the fence for a winner.

Instead of losing the point by playing the Chiquita when your opponents are close to the net, play a lob to force them back and then follow up with a Chiquita.

Chiquitas that bounce straight at the feet of your opponent provide you with a chance to win the point rapidly.

Unless your opponent can get the ball back over the net by bouncing it off the ground, they have very few alternatives for shot selection.

Smashing or playing a particularly aggressive volley on a soft, simple return is a great way to get the upper hand on your opponent. However, if you want to make it to the internet in time, you’ll have to move swiftly.